Weibull analysis should be applied by organization when probability of failure changes over time. In practice it’s applied in the case of issues which don’t appear directly in the production plants (e.g. during PPAP tests), but start to occur in the warranty field.

The k parameter distribution  determines the behavior of the probability of failure over time and it’s distinguished on three category:

– for k <1 the probability of failure decreases over time.

– for k = 1 (exponential distribution) the probability is constant. This suggests that failures are external random events.

The reason why it should be used is to provide to customers risk analysis of the potential number of defective components that may still occur in the warranty field.

It should be also remembered, that each analysis must be approached individually. The following information is examples of the most commonly used assumptions:

The output from Weibull analysis should be evaluation of range with minimum and maximum quantity of defective units which are still founding in the field basing on which both client and organization can determine next steps. The above information is possible to identify based on the below chart. 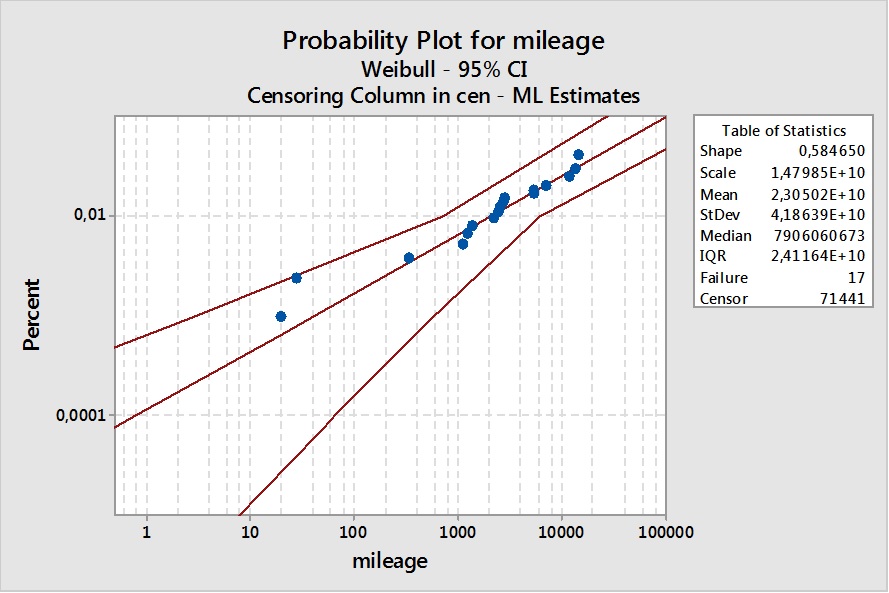 More information with practical examples are provided on dedicated trainings.